New publication on the genomic diversity of Aspergillus fumigatus

Work from Amelia’s postdoc was recently published in Nature Microbiology. Aspergillus fumigatus is a fungus that is widespread in the environment and causes life-threatening infections in humans. Despite the more than 300,000 cases of invasive disease globally each year, a comprehensive survey of the genomic diversity present, including the relationship between clinical and environmental isolates, and how this genetic diversity contributes to virulence and antifungal drug-resistance, has been lacking. In this study, we define the pangenome of A. fumigatus using a collection of 300 genomes (83 clinical isolates and 217 environmental isolates) from a global distribution. We find that of the 10,907 unique orthogroups, 69% are core and found in all isolates, while 3,344 show presence/absence variation, representing 16-22% of each isolate’s genome. Using this large genomic dataset of environmental and clinical samples, we found an enrichment for clinical isolates in a genetic cluster whose genomes also contain more accessory genes, including more transmembrane transporters, proteins with iron-binding activity, and genes involved in both carbohydrate and amino acid metabolism. This characterization of the genomic diversity allows us to move away from a single reference genome that does not necessarily represent the species as a whole and better understand its pathogenic versatility, ultimately leading to better management of these infections.

The article is available as a PDF here or you can view the article at Nature Microbiology.

The press release can be found here in both English or German. 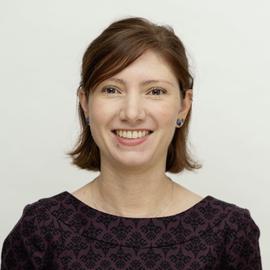 Fungal pathogenesis, resistance, and genome stuff. Always up for an adventure or bike ride.